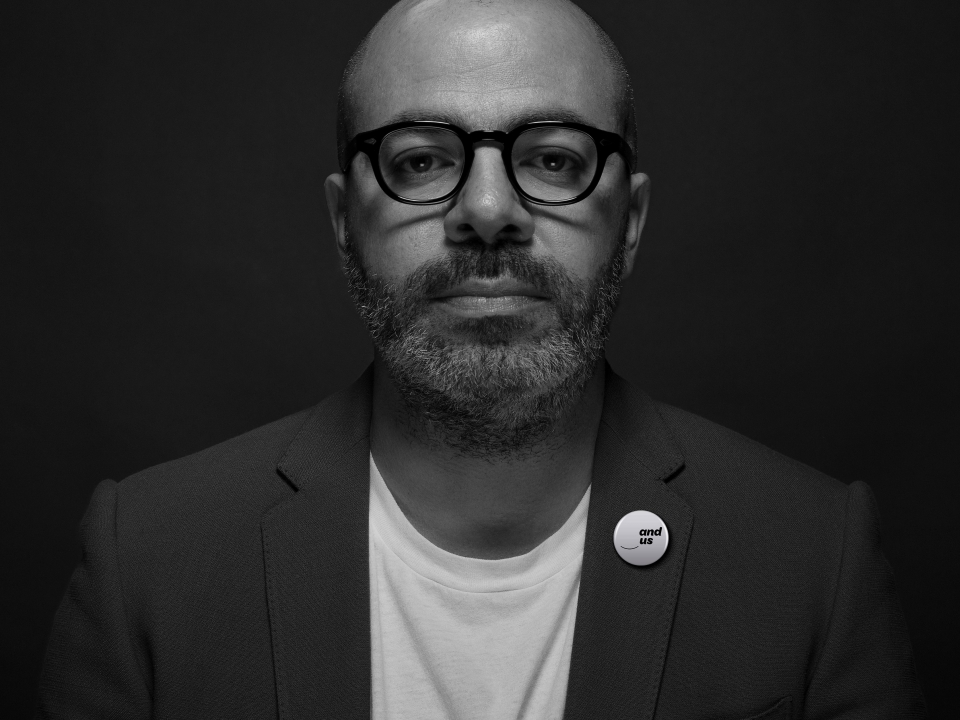 Described by Forbes ME as “MENA's Creative Officer of the decade”, Fadi has been credited with making his clients, agencies and the region famous. His work has been the only work from MENA recognized by TED 10 Ads Worth Spreading. He was the first creative director from his region to be ranked in the world’s top 10 in 2008.  Finding himself the only ECD from his region ever made it to the Top 5 Worldwide. #3 in 2015, #4 in 2016, #2 in 2017. Today he is considered amongst the top 10 advertising creatives in the world.

Fadi was introduced to the world of design, digital and advertising two decades ago. Since then he has has worked for both small independent agencies as well as large global networks in Amman, Riyadh, Dubai, London, Doha, Manama, NYC and Toronto.

He joined Impact BBDO in 2013, which heralded in a new era of excellence for the agency. Under his creative direction and leadership, Impact BBDO Dubai transformed into one of the best agencies in the world.

Within his first year, Fadi led the agency to the #6 worldwide spot and #1 Agency & Network in MENA for the first time ever. In 2016, Impact BBDO Dubai also won the coveted ‘Dubai Lynx Agency Of The Year’ title for the first time and repeated the feat once again in 2017. Regionally it also won Agency Of The Year at Cristal, Loeries and MENA Digital.

On the global stage, the agency was also named the ‘Most Awarded Agency in MENA’ at Cannes Lions, One Show, D&AD and LIA - propelling Impact BBDO to the #8 spot worldwide.
With a career that has seen many firsts for both his clients as well as his agencies, Fadi continues to raise the bar for innovation and creativity. As a result, he has become one of the world’s most awarded creative advertising leaders.

His work has been recognized with over 700 industry honours at award shows across the world such as D&AD, One Show, Cannes Lions, Clio, LIA, NYF, Dubai Lynx, Loeries, Cristal, Cresta, PIAF and AdFest.

He has chaired D&AD, PAIF, Cresta, AdFest, Loeries and judged other prestigious shows such as One Show, Cannes Lions, LIA, Clio, NYF, Spikes and Loeries.

After two decades of creating groundbreaking work for his clients and agencies, Fadi set out to break some new ground of his own.

In late 2018, he established ‿ and us, a creative marketing and design firm that heralds in a new era where creativity is the key to solving business problems.

In a world where clutter-breaking ideas matter more than ever, ‿ and us is paving the way for a new way of thinking that reinvents how agencies do business in the region. Not just redefining the creative status quo, but truly offering clients today what they really need to reach their business objectives.