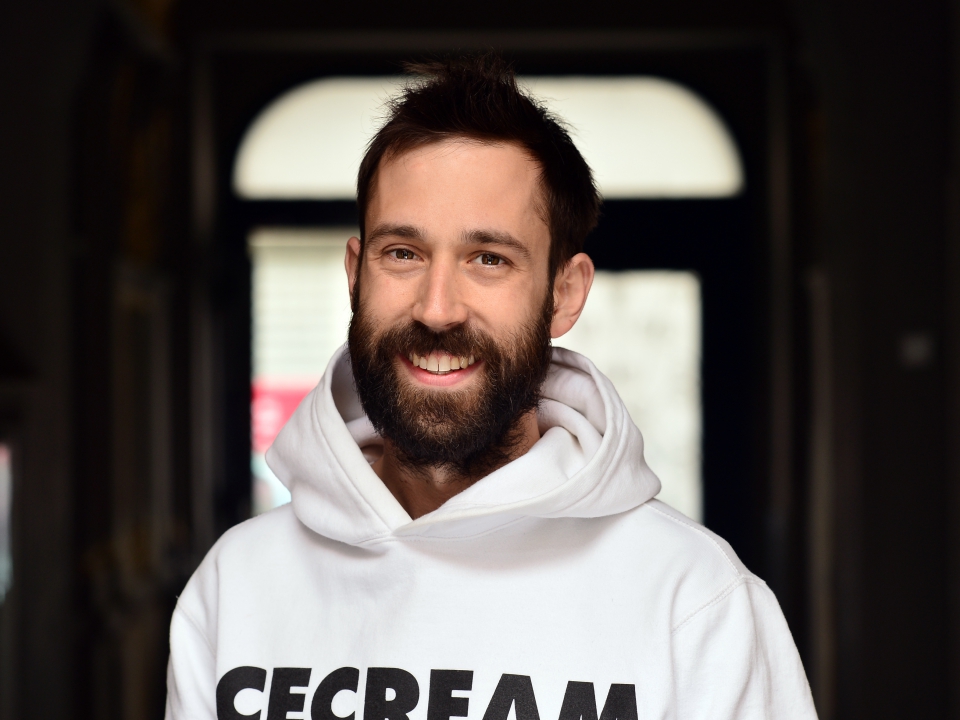 Balázs spent his early years mostly in tracksuits and in front of various screens in Békásmegyer, on Budapest’s outskirts. He became obsessed with the internet, keeping track of his favourite websites in a notepad he carried around. That was in 1994.

He’d written articles for a print magazine devoted to the internet when he was 12, and started working for the then largest privately held television channel two years later, as an editor. He spent 10 years at various tv stations while commencing and never finishing his studies in film theory and film history at ELTE University. His career in advertising began at ACG Budapest as a junior copywriter.

He founded Mito with Albert Farkas and Balázs Kovács in 2008. Some years, many domestic and a few international awards later it’s become one of the largest full-service agencies in the country, with equally strong communication and digital development capabilities.

Balázs is involved in some charity projects including Intro, which he co-founded. Intro is Hungary's only free copywriting course for young talent, with more than forty graduates, twenty of whom joined the country's best agencies.