Saulo Rocha: A creative mastermind listed among the 2021 Adweek’s Creative 100 and #4 Creative Director in the world by the Cannes Lions Festival 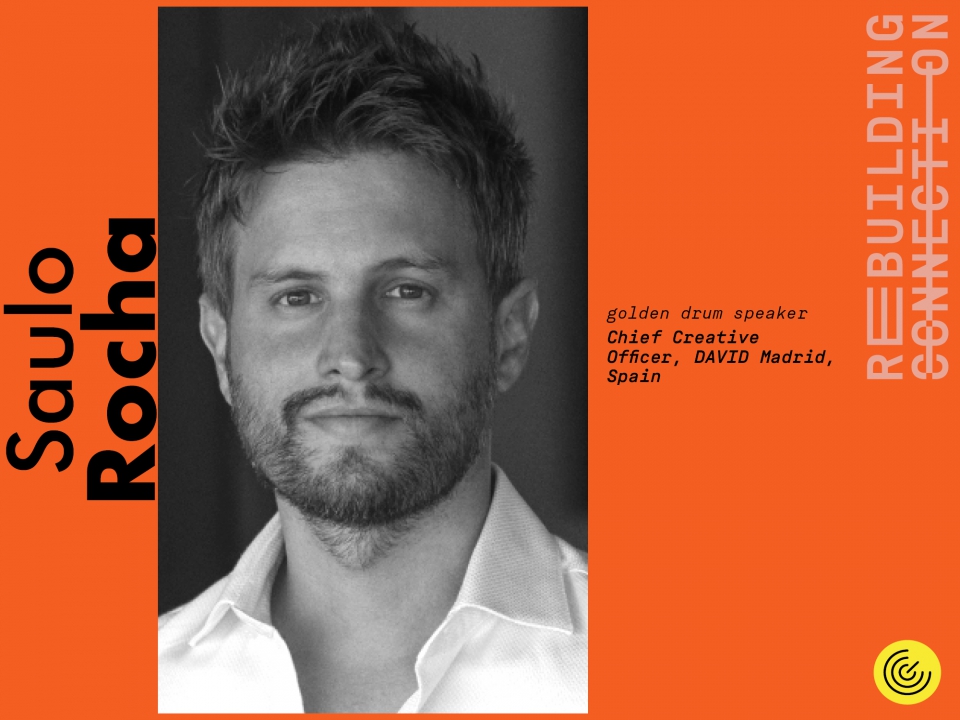 Born and raised in Brasília, Brazil, Saulo Rocha is the Chief Creative Officer of DAVID Madrid. In 2021, he was listed in Adweek’s Creative 100 and ranked #4 Creative Director in the world by the Cannes Lions Festival after winning 3 Grand Prix, 1 Titanium and 13 other lions with 5 different projects in the 2020/2021 edition.

In his 15-year-long career, Saulo collected 39 Cannes Lions and other 200+ awards in important international festivals such as D&AD, The One Show, Clios, LIA, Andys, Effies, etc.

In September 2019, along with Pancho Cassis and André Toledo, Saulo established DAVID Madrid. Less than 6 months later, they were producing Turkish Airlines’ 2020 Super Bowl campaign, a first for Spain. In its short four year history, DAVID Madrid has been working for big brands such as: Burger King, Milka, Halls, Netflix, Coca-Cola, Dole, Twitter, Unilever Asia, Danone, Corona, among others. In 2021, DAVID Madrid was the most awarded Spanish agency in a single edition in the Cannes Lions Festival to date, and for three years in a row, the most awarded Spanish agency in the D&AD.

Before joining DAVID Madrid, Saulo worked for 12 years in three different LOWE offices: Brasília, São Paulo and Madrid. In the last one, LOLA MullenLowe, he became Global Creative Director and helped the agency in being ranked as WARC’s best agency in Europe in 2019, and one of the Top 10 European Agencies of the Decade according to Cannes Lions.

»The work that has kept me busy for the last 15 years has also helped me living in three different cities, meeting brilliant people, becoming a Spanish citizen, shooting two Super Bowl ads, meeting and falling in love with my wife, travelling to every corner of the World, winning awards, being named one of Adweek’s Creative 100, being ranked #4 Creative Director in the World by Cannes Lions in 2020/2021, making DAVID Madrid 2022 AdAge International Agency Of The Year, and most importantly, being genuinely happy with what I do from 9am to 7pm every weekday,« explains Saulo.

We are looking forward to seeing Saulo on the Golden Drum stage on 23 September in Rovinj!