Save the date: we will meet again on 23 September in Rovinj! 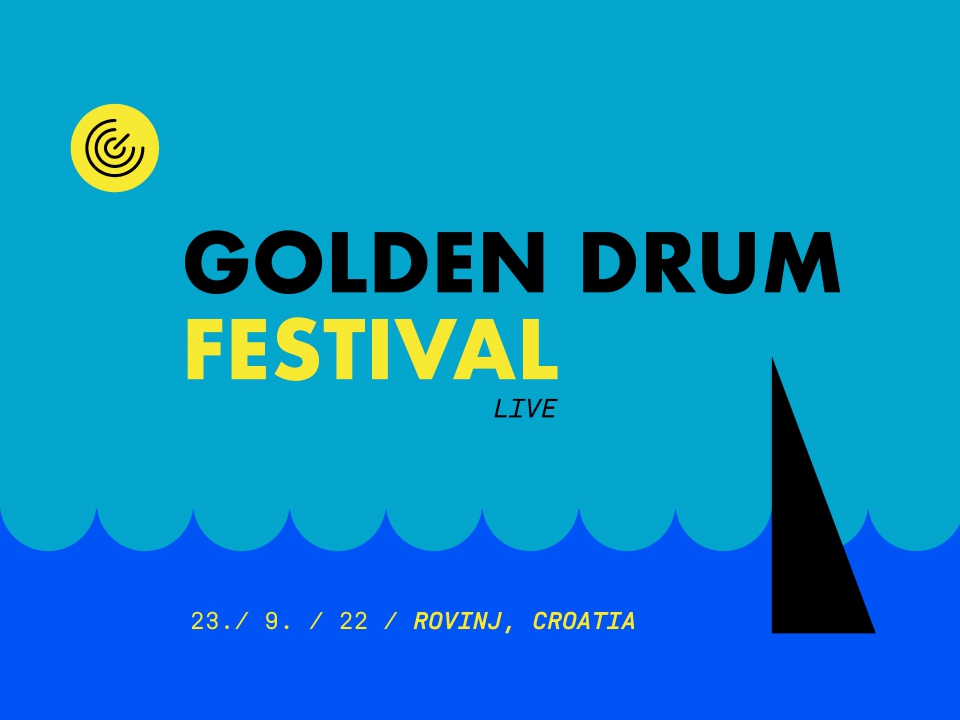 For almost three decades, the Golden Drum festival has stood as one of the most visible crossroads of the creative, marketing, and advertising professional communities in the European advertising space. It always had a profound impact on the development of the industry, not only within the once so familiar New Europe but also beyond.

Each year at the festival we celebrate the best ideas, the best creative teams, and the best individuals who left their mark on the industry, those who manage to breathe a soul into a great idea. In the past two years, covid prevented us to celebrate it in person, but now we are ready to re-build the connection with our Drummers again!

“Golden Drum will embark on a unique journey. Our crew is ready to move and settle in Rovinj, Croatia, only 70 kilometers from Portorož. Indeed, this year we will celebrate creativity in all its glory on 23 September on the Croatian Riviera” announced Mojca Briščik, president of Golden Drum Festival.

Golden Drum one day program will be hosted by Weekend Media Festival, the biggest regional media festival. A day full of inspiration, creativity, and upstanding professionals with an Awards Show and a crazy party to top it all off.

“We are extremely honoured to welcome Golden Drum to the Weekend Media Festival. Golden Drum has been a byword for excellence for decades in the creative industry. This collaboration connects the two biggest media, marketing, and communications events in the region. We are looking forward to getting together in Rovinj!” said Tomo Ricov, director of Weekend Media Festival.

Let’s rebuild the lost connection together and join us in Rovinj!