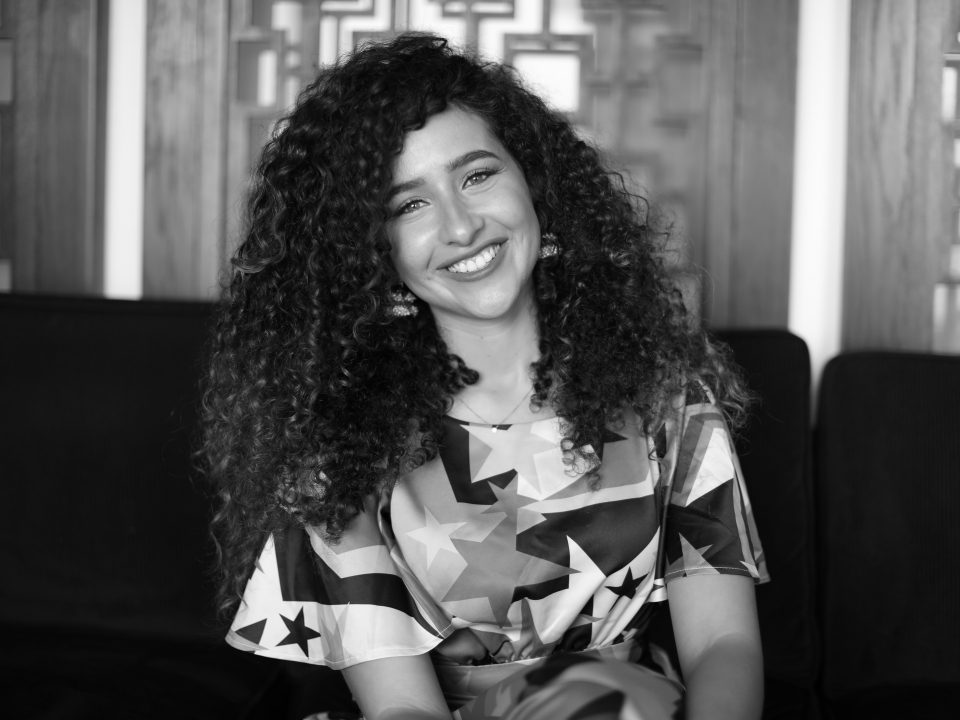 Ghada Wali is the first Arab designer to speak at the UNESCO headquarters in Paris at the celebration of World Arabic Language Day. In her twenties she was a guest speaker at TED Global 2017 on how to use LEGO cubes to teach Arabic and chosen among the best graphic designers in the world. We asked the president of the Young Drummers Competition Jury and one of the most anticipated speakers of the 28th Golden Drum a couple of questions about her gratest passion, design.

Q: Where did the love for graphic design come from and how did it all begin?

A: My early obsession with form, colours, shapes, and patterns made graphic design my natural choice. I started off as a painter. I always aspired to paint portraits, people, faces, and eyes. Emotions formed my main muse. However, it was just art without a tangible function. I wanted more impact. I realized I could still be an artist and try to change the world and improve people’s lives through design and visual communication. To touch people’s hearts, brighten an idea or create a movement became my passion, so I didn’t think twice to join the graphic design world.

Q: What was your path to where you are today like?

A: I grew up in both Cairo and Dubai, and I developed a deep love for the region. In Egypt, the architecture is incredibly multilayered; you can see a contemporary building and then a historic structure on the same street. Each layer has its own story. I love the history, culture, food, people, and even the chaos. I see beauty in the chaos.

I was the first batch to graduate from design school in Cairo, by that time there was no real “design boutiques” or studios in the country. I received an master’s degree from Istituto Europeo di Design in Italy. I started my journey with graphic design since I was in college through several freelancing jobs. I worked with Mi7 Cairo, Fortune Promoseven, and J. Walter Thompson. I also taught graphic design in the German and American universities in Cairo.

There was also no proper investment done in graphic design, businesses where mostly investing in TV campaigns and traditional advertising means, Design was mostly done in house of all prominent advertising agencies in Egypt. So I decided to launch my own since it was my all time dream to establish my design studio in every continent!

Q: Which professional achievement are you most proud of?

A: Building a women led creative studio in Egypt that inspires the world.  When a student tells me I am his/her role model and I am the reason he or she believes in themselves and in the power of this industry, that’s one of my most treasured moments. Also, when I emphasize the role and awareness of this industry to others, that gives me great satisfaction.

A: It is not one story, our journey is full of painful stories that we keep fighting to make successful ones. We as a studio have been subjected to many challenges. From lost pitches, to lost awards, its not always as shiny. But its definitely only a fuel to turn our pains into production and keep moving forward. It’s the most painful experiences that create our major breakthroughs.

Q: What advice would you give to you as a young creative?

More about Ghada
BACK TO NEWS