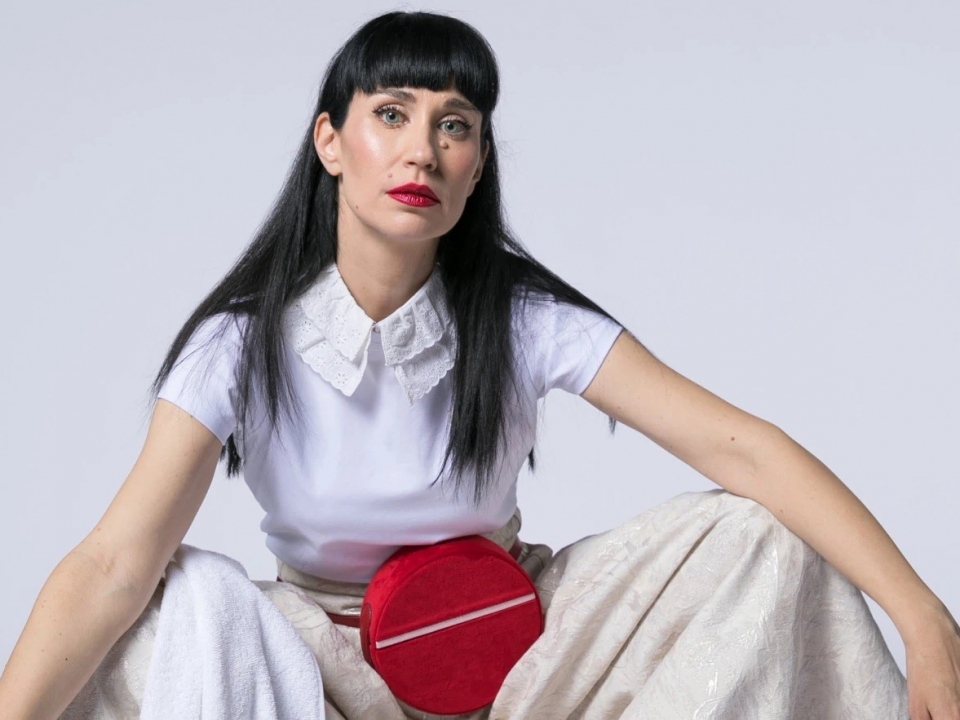 Konstrakta is the moniker of Ana Đurić, an artist from Serbia.

In the early stages of her career, the singer honed her vocal skills in the band Zemlja Gruva (Land of Groove); they had the honour of being the opening act for Amy Winehouse, at her last ever concert, in Belgrade in 2011.

As a solo artist, Konstrakta is interested in contemporary social and emotional phenomena. Her song In Corpore Sano has been interpreted by some as a critique of the Serbian healthcare system and a satire on unattainable beauty standards.

Ana is the conceptual designer for every music video that she releases, and in addition to creating music, the multi-talented artist and businesswoman also has a degree in architecture.

Don’t forget to pack your dancing shoes! We’ll be celebrating creativity the best way we know how…by showing our creative moves on the dance floor.