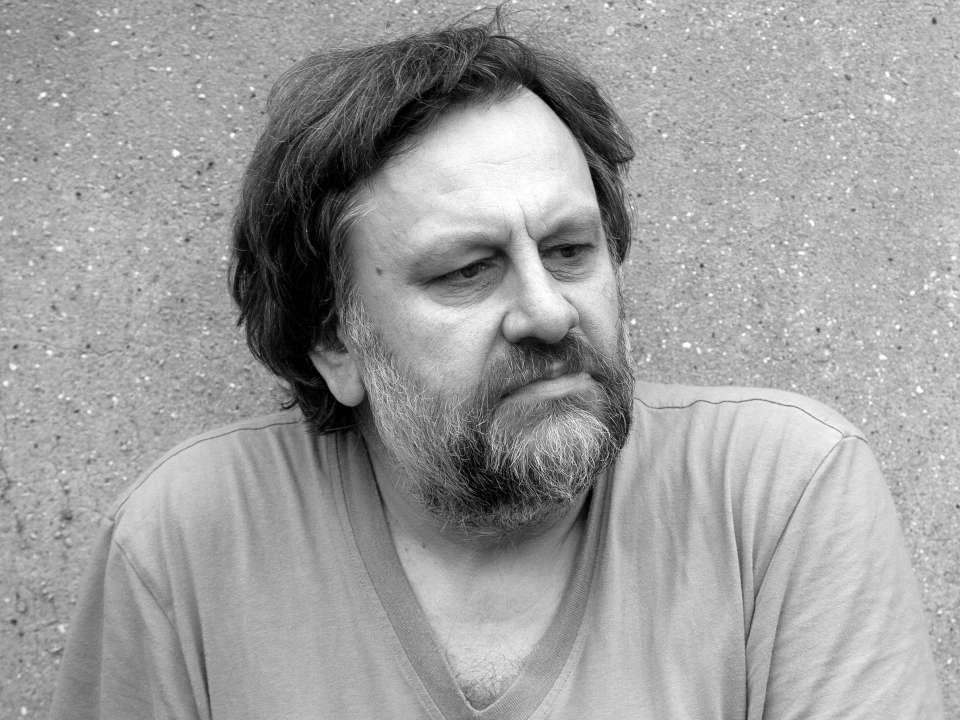 Slavoj Žižek is one of the most published philosophers of the early 21st century. Combining classical German philosophy with Lacanian psychoanalysis, his thought moves from the most demanding philosophical heights to the radical critique of the contemporary capitalism.

He is International Director at Birkbeck Institute for Humanities (Birkbeck College, University of London), Distinguished Scholar at Kyung Hee University (Seoul) and Senior Researcher at the Department of Philosophy, Faculty of Arts, University of Ljubljana (Slovenia).

His recent books include In Defense of Lost Causes (Verso, 2009), Living in the End Times (Verso, 2010), Less Than Nothing. Hegel and the Shadow of Dialectial Materialism (Verso, 2012), The Year of Dreaming Dangerously (Verso, 2012), Absolute Recoil. Towards a New Foundation of Dialectical Materialism (Verso, 2014), Against Double Blackmail. Refugees. Terror and Other Troubles with the Neighbours (Penguin, 2016), The Courage of Hopelessness: A Year of Acting Dangerously (Melville House, 2018), Like A Thief In Broad Daylight: Power in the Era of Post-Humanity (Allen Lane, 2018), The Relevance of the Communist Manifesto (Polity, 2019).

He lives in Ljubljana, Slovenia.

What are we to do in such depressive times when dreams seem to fade away? Is really the only choice we have between nostalgic rememberance and the cynical realisation that any attempt to change the situation had to fail? No, we should bring in the perspective of the future that lies dormant in the hidden potential of the present. But such signs of the future are discernible only from an engaged position.