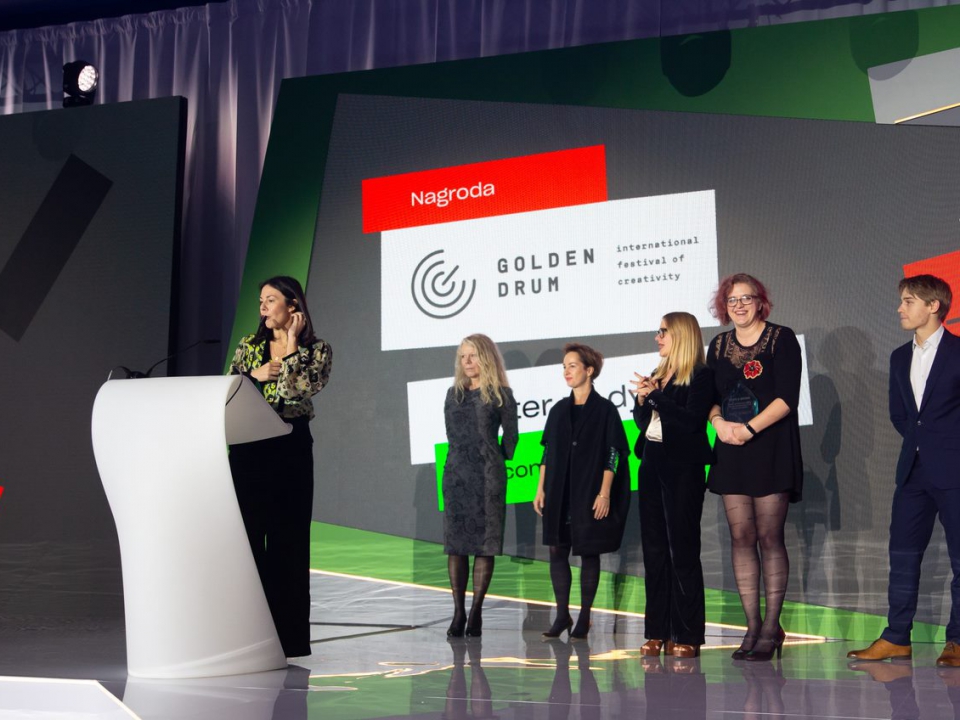 Always striving to support and encourage local creativity, Golden Drum has partnered with Polish Public Relations Consultancies Association (ZFPR) and invited members of their board and great PR experts to discuss the impact of Social-Political Controversies during the 27th festival edition.

Building on our previous collaboration, ZFPR invited us to take part in their Golden Clip Awards, a competition established in 2003 with the aim to raise standards and promote the best, most creative, and professionally implemented projects in the Polish PR industry. We reviewed the most outstanding PR campaigns submitted in 2021 and select a winner who received a special award given by the festival. Additionally, the author of the winning campaign was awarded a complimentary entry fee for the 2022 Golden Drum Festival competition.

‘’The winner demonstrated quick thinking, great crisis management, and low-budget problem-solving. It has managed to tick all the boxes through the PR perspective, but more importantly, has also addressed a broader audience in a very bold, creative, and straightforward way. This amazing work reflects the necessity to support all human rights, now even more so than ever before,’’ explained Mojca Briščik, executive director of the Slovenian Advertising Chamber and the Golden Drum Festival’s president.

The campaign that showcased creative greatness and won the Clips & Drums - Special International Award given by Golden Drum at the Golden Clip Awards is titled Hejter za dychę (Hater for Ten) and was designed for brewery Browar Tenczynek by the Labcon agency.

Marta Lysiak, Co-Founder & Managing Director at Labcon, commented: ''Winning this award for us it's not only the pleasure, pat on the shoulder but a reassurance that we are going in the right direction. Not only being bold and straightforward might be the only way to manage the crises, but also do something good for real. We are not afraid to tackle difficult topics and fight for human rights - especially now in Poland, where it's needed more than ever. As the agency, every year we are taking our resources to help NGOs & charities, so creating the collaboration between commercial client and LGBT organization is the dream come true. This award is the empowerment to do more, work according to our believes, no matter what obstacles we meet. Plus, it's a great honor to be the first in history to get this award in Poland. Thank you!''

Behind the winning campaign

Doctor Brew is a craft beer brand that managed to build nationwide recognition among the "beer geeks" in Poland. In July 2021 they planned to re-launch the brand with the campaign “Z buntu najlepsze”. Hinting at the Polish saying “z gruntu najlepsze”, which means “absolutely the best”, the campaign slogan can be understood as “the best things come from rebellion”.

The campaign encouraged the audience to live on their own principles. It consisted of the photos showing the joy of cross-section in society: friends, heterosexual couples, or LGBT couples - the latter causing a hateful wave on social media. Negative comments on Doctor Brew's Facebook page were accompanied by declarations about the boycott of the brand, and the number of fans decreased quickly.

The brand decided to follow the slogan against common pressure and dealt with the haters with their own weapons – comments. The main idea was for the brand to pay to the organization fighting homophobia (Campaign Against Homophobia - KPH) 10 PLN for each hateful comment. As a result, the brand infiltrated the mainstream media, regained positive or neutral comments with likes surpassing the number of those who left, and last but not least, donated 30 000 PLN to KPH.