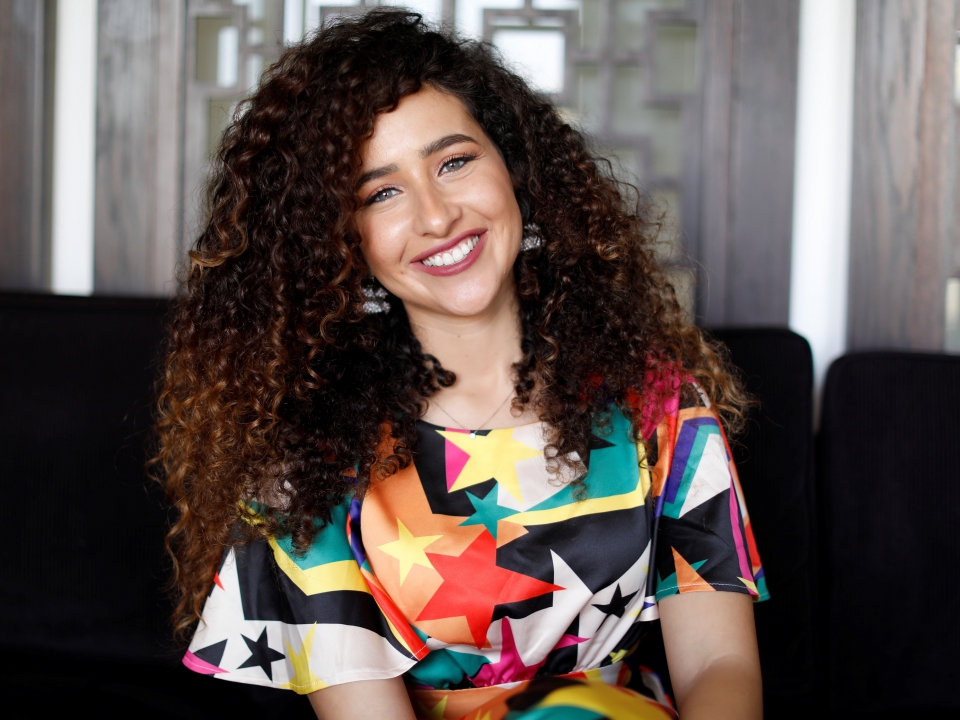 TED Global Speaker 2017, Ghada Wali makes the youngest female speaker representing MENA region - She believes that Graphic design can change the world. She is the first Arab designer to speak at the UNESCO headquarters, Paris, France on the celebration of the World Arabic Language Day. The multiple-award-winning designer developed an Arabic typeface that was chosen as one of the best 100 graphic design pieces in the world by the Society of Typographic Arts in Chicago. She won a silver in the International A DESIGN AWARDS, Italy. Her work has been featured in art exhibits around the world and showcased in various articles internationally such as the World Economic Forum, Quartz Africa, Wired Italia & Japan, Slanted Berlin, and many more local and global platforms. Wali's work most recently won the Granshan competition in Munich, as well as two Adobe Design Achievement awards in San Diego. She has been awarded the AWDA, AIAP the women in Design Award in Milan, recognising the influential women in the field.

Most importantly, Wali made it to Forbes Europe's List 2017 (Arts & Immigrants category) which makes her the first Egyptian woman ever to appear in this category. As well as OKAYAFRICA-100WOMEN list 2018. She has been featured on UN Women Egypt and has been representing the Egyptian Women Council empowerment campaign. Wali holds a BA degree as one of the first design graduates of the German University in Cairo and a MA degree in Design from IED Istituto Europeo di Design, Florence, Italy, which she won as a scholarship basis. Her design experience includes MI7 Cairo, Fortune Promoseven and J. Walter Thompson, as well as teaching Graphic Design in both the German & American Universities in Cairo. Most recently she was the only woman selected to represent the youth of Egypt at the opening of the world youth forum sharm el sheikh, and has been awarded by the president, which makes it the first time in the history of Egypt to recognise and award the field of Graphic Design/Visual Communication and the industry as a whole. She was also selected within the top 50 most influential women in Egypt, 2018. She is judging multiple international competitions such as DandAD The world's most prestigious award for creative excellence in design and advertising since 1962, And young guns based in New York since 1996 its has been of the most coveted awards for young creatives around the globe.